Social media is has become, or will become, humanity’s most common form of communication and expression. But whether people believe this to be a good thing or not, its impact will sustain 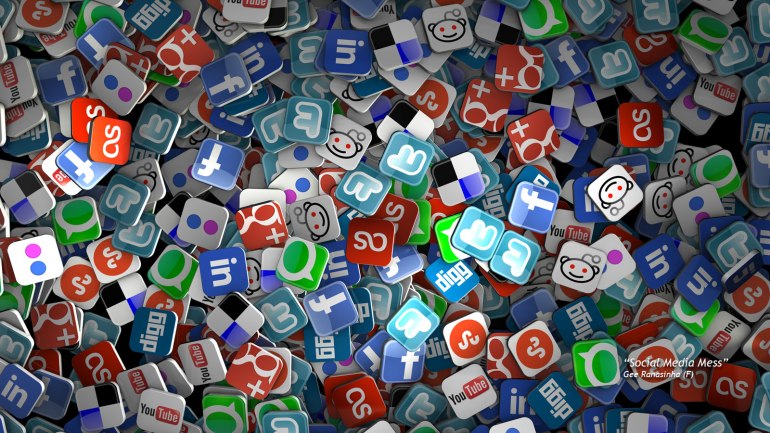 Nowadays it seems to be almost impossible to avoid social media and the internet. It is ubiquitous, massively popular and having an impact. The emergence and incredible growth of social media has created a world become increasingly dependent and further ingrained into technology, consisting of hashtags, direct messages, posts, status updates and 140 character statements. If you were to look through social media page, you would find a range of stories, photos and status updates, consisting of items which may be revealing and excessively open, or perhaps plagued with long pointless and attention-seeking rants or outlandish outlooks or rather trivial issues (of which could quite comically be labelled as ‘first-world problems’). With that kind of content in existence on the world wide web, it is quite clear that the advent of social media dominates as the main method of social interaction, and so it would be plausible to assess its merits as being so. Thus, the question is, then, should be asked; is social media benefit or a bane?

To answer this somewhat difficult question, it is important to assess how social media has impacted society exactly.

To being with, it has certainly seemed to have changed the way we communicate with each other. Whereas before many would have preferred face-to-face meetings as opposed to chatrooms, or even treat a phone call or a letter as a last resort, or, at least, a rarity, the modern era now consists of a contrasting consensus. The more common interactions are performed online, through the likes of Twitter, Facebook and Instagram and many other social media sites each allowing for different kinds of expression, through photos, texts and instant direct messages, and brief status updates

Consequently, the face-to-face interactions, and the characteristics, tendencies and skills associated with such forms of socialising, have become more scarce. With this in mind, it is reasonable to question whether this would be advantageous for society or damaging? Though one undeniable advantage of social media is that one does not have to rely on proximity or sufficient funds to connect, remain in touch or engage adequately with relatives or friends of whom are located on the other side of the globe. One can still talk to them through messaging apps, or still have what is a replica of a real face-to-face conversation through video chat services such as FaceTime or Skype.

However, perhaps the con of such forms of socialisation is that the real connection and engagement that comes with real life conversations cannot be fully replicated; the warmth of a hug, the satisfaction of a handshake, being able to gauge body language and other non-verbal cues and the certainty that you actually know who are communicating with, are just some of the things that the digital world does not provide. Humans have always relied on the orthodox of communicating with one another in a very direct form. Even the emergence of letters or the dawn of the telephone could not completely replace the value of direct confrontations. But the modern digital age has changed the way we interact with each other, so much so that instead of the use of social media being temporary measure to connect with others whilst finding the time and convenience to meet in person, it has become the sole means of communicating, encouraging a culture of introverted and artless misanthropes, hunched over illuminated screens distracting them from the real world which exists around them.

In addition to the impact on socialisation, social media and the internet has also influenced some quite drastic changes to the way we use language. Newfangled abbreviations and acronyms, as well as a swarm of quite unconventional uses of words to create modernistic and quirky ‘internet slang’ have become commonplace not just on computer and mobile screens but now has found a way to officially make itself part of the English language. LOL (Laugh-Out-Loud) and ‘selfie’ (where one takes a picture of themselves or others using the front-facing camera featured on the many smartphones or tablets and then sent to the world through social media) are some of the words which have managed to creep into English dictionaries in recent times, making their mark and symbolising a true cultural shift. Furthermore the use of internet slang words, including ‘rekt’ (referring to how one mocks another), ‘fire’ (used to describe something that is good or of high quality) or even ‘bae’ (an acronym for ‘before anybody else’ and how one may refer to their significant other), have also become increasingly common terms used more frequently amongst the younger generation and their newfound vocabulary. Everything about it is unusual and strange, and for some coming to terms with such transitions can be difficult to understand.

Even so, this evolution in language and word choices is completely natural. The language and lexis humans use constantly change over time. It adjusts and restructures itself to the ever-changing social structures and norms which shape the world. By doing so it allows us to understand current circumstances and happenings and stay in touch with significant shifts in standards and orthodoxy. So, despite the peculiarity of this new breed of English, it is important to understand that it is inevitable and necessary, and simply follows the dynamics of humankind.

Ultimately, with everything the internet has done, there are essentially two contrasting takes on the merits and faults of its impact on modern society. There are those of the older generation, typically more old-fashioned and traditional, who mostly dismiss the drastic unintelligible changes which have occurred through the emergence and rapid development of technology. On the other side is the younger generation, who choose to embrace the changes and new conventions which shape the present and set up the future, since it is this very group who will grow up with these influences and shifts and thus will be more accustomed and comfortable with its existence. And so it is those of the younger generation who will drown the whole debate with their acceptance of the new and dismissal of the old, resulting in those who stand against the latent alterations being left behind.

Deciding whether the influences of social media and the internet upon society has been good one, in reality, does not make a difference, because these changes have manifested they will continue to do so. Humankind depends on it. Technology has helped advance and change the world so quickly and so radically, and so no matter how much one may despise it, the internet and social media will continue to establish itself for the foreseeable future.