How the digital age has changed the meaning of privacy 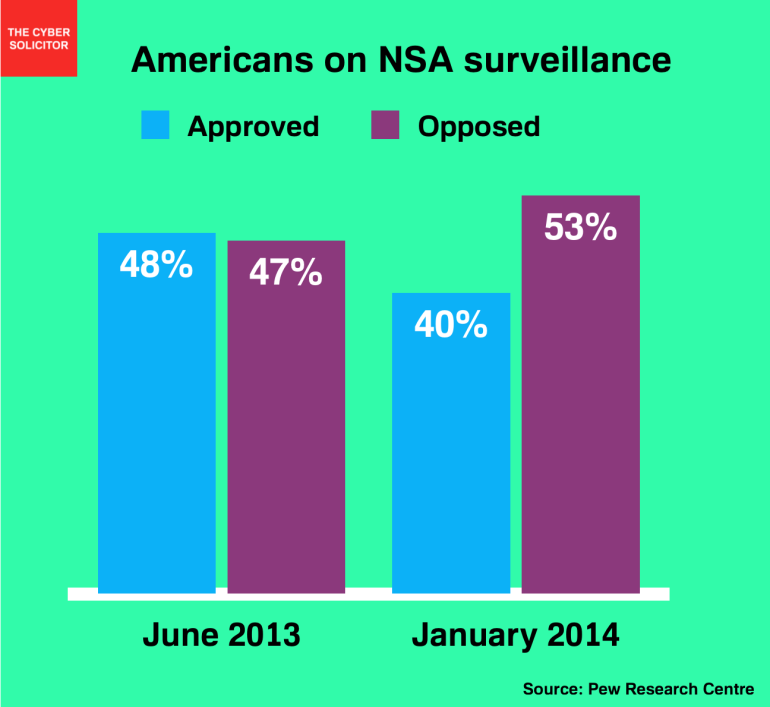 The Fourth Amendment is central to this privacy-surveillance debate. Though it is part of the US constitution, the Amendment’s preservation of privacy is not an idea unique to just America. It is safe to assume that the right to privacy is a universally desirable notion. The Fourth Amendment, then, is a representation of this fundamental right which much of the world recognises and respects, though some better than others.

Applying this right to the technologies of the digital age has not been so straightforward. When the Amendment was first established, it was at a time when property consisted of papers and other physical items located in the home. In the modern information age, however, lots of people would consider a massive amount of their property to belong on a device which can fit in their pocket.

This reality was recognised in Riley v California. In this case, the US Supreme Court declared that warrants were needed before police could search the contents of an arrestee’s mobile phone. Riley identified distinctive differences between a smartphone and other items police may typically find on or around an arrestee’s person.

The first is that smartphones have an immense storage capacity. This allows for an array of photos, videos, ebooks, text messages and other digital items to be stored on the device. Secondly, all this content can reveal much more about one’s life than any other tangible item that a police officer may find during an arrest, and consist of information from weeks, months or even years back. Thus, the court declared that since there are great differences, in both a qualitative and quantitive sense, between the tangible items an arrestee may have on him compared to what may be stored on his smartphone, there is no longer a narrow intrusion of privacy during an initial police search of a smartphone.

Riley was, therefore, instrumental in showing how the protections provided by the Fourth Amendment can be expanded to apply to smartphones and modern electronic devices. It identified that this is a device that carries so much information than any other singular record. Consequently, with all this information consolidated together, a smartphone can be far more revealing of a person than anything else. Even if one cannot remember what text messages they sent a year ago, their smartphone probably does.

Another problem to consider too, however, is whether people can have a reasonable expectation of privacy with their smartphone and the data on it. This can be tricky. A recent court ruling in June in the US declared that the millions of Americans with smartphones did not have a reasonable expectation of privacy when it came to the location data on their devices. The 4th US Circuit Court of Appeals ruled that the government did not actually need a warrant to track the location of American citizens with smartphones. The court’s logic behind this ruling was that because smartphones users may allow their location data to be used by various mobile apps, which may need it in order to provide the services that the apps may offer, people have thus voluntarily opted out of their Fourth Amendment rights.

Previous US court cases have utilised a similar argument to suggest that the collection of people’s telephone metadata, which consists of the numbers dialled and times at which they were called but absent of the actual content of those calls, did not constitute a violation of privacy. This is because people already give this information to the service providers, such as Verizon or AT&T, when using their broadband services. As a result, they have already given up control of the information to those service providers, who may then pass it on to other third parties. The same argument has also been applied to email addresses and could also be applied to web addresses.

However, the permission to allow access to location data may only be specifically for the apps and services it provides. People have not necessarily volunteered access to their data to the government as well. Furthermore, the court’s ruling may be used as a precedent to access other information on smartphones without a warrant. This may, therefore, trigger a significant invasion of privacy. While service providers or mobile apps may request access to data, users, in giving permission to do so, may not be at the same time willing to allow that information to be shared with other unwanted third parties such as the government. This latest court ruling ultimately implies that sharing is mandatory rather than a choice. But the government probably should be required to obtain a warrant before being able to access such data.

This is an important concept to consider when looking at why violations of privacy like this really matter. By the government obtaining data, they ultimately take away a users’ autonomy, a point made by philosophy professor Michael Lynch. He argues that privacy matters in principle “because it is connected to the autonomy of decision making.”

The warrantless seizure of data by the government could, therefore, be argued as stripping smartphone users of their ability to control their information, fundamental to any democracy.

BACK | Security With Surveillance

Are you safer with snoopers?