The economy in the age of AI 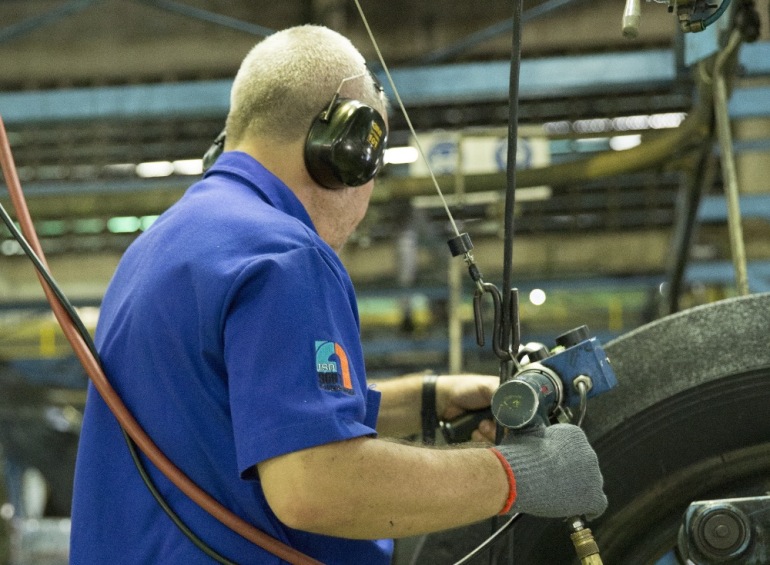 The fear of machines replacing humans in the workplace is not necessarily a new one. Even in the 18th and 19th centuries, technological revolutions caused great economic change, particularly in the advanced countries.

History may indeed repeat itself; the notion that computers may yet again cause shifts in job markets has now come to the fore with the advancement of AI. The main difference between previous waves of computer-induced shake-ups and the one which the world may soon face is that AI is allowing computers to do jobs which traditionally many thought could only be done by humans. The improvements in AI have been so great that even the most prestigious of professions are under threat.

Accordingly, there appears to be a much wider range of jobs and occupations that are particularly vulnerable to the rise of AI. To begin with, jobs and other types of work that involve repetitive routines may be among the first to be affected. Throughout human history, automation has taken over many of these repetitive tasks as it becomes cheaper and more productive. Secondly, those industries and professions which have for a long while managed to resist great changes from technological influences will also be prime targets. The legal profession is a good example, as it is an industry which has mostly remained the same for a long time and has thus, far avoided any mass disruption from improvements in technology. This could change quite soon.

Those jobs which feature repetitive routines are ones which can most easily be replaced by computers. For example, a manufacturer worker on a production line whose role features very specific tasks and routines that have to be repeated again and again is at high risk of being automated. This was found to be the case by Carl Benedikt Frey and Michael Osborne, who in 2013 looked at the 702 occupations which could become automated, and found that 47% of workers in America were in jobs that could be subject to automation. Those in logistics and office support roles were amongst the most likely to be replaced by “computer capital.” Technology has come far enough to replace humans in these kinds of tasks very easily. 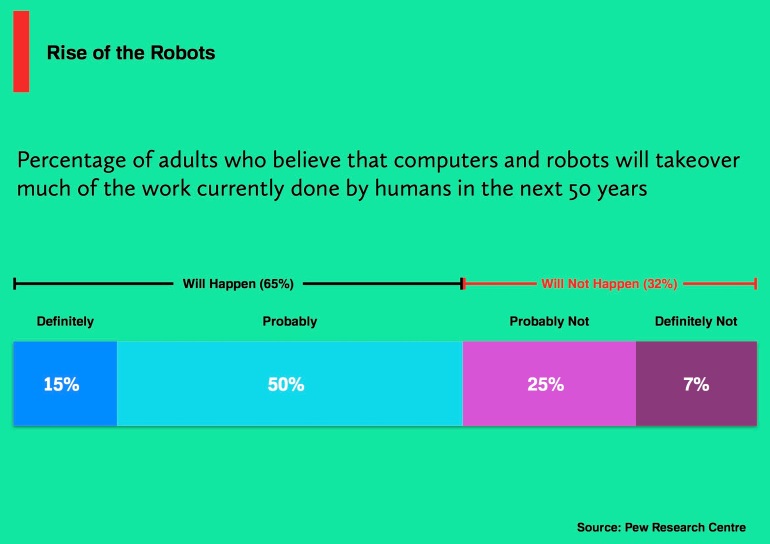 Even jobs in retail, which may not always consist of lots of repetitive tasks, are also at risk. This is because the importance of ‘peoples skills’ may soon become void with the availability of big data which can allow computers and machines to make much more accurate predictions on what particular customers may want to buy based on their past purchasing habits. In the same way that Deep Blue used masses of information to decide which moves to use in a chess match, machines can use past purchasing data to offer products to customers in a much more efficient manner than any human could possibly manage, and thus, may be able to sell more.

This points to the important economic reasoning for the use of AI and machines; it improves efficiency and increases productivity at a lower cost. An artificially intelligent machine does not need to be paid. More than that, it does not need regular breaks, or health insurance, and is not limited to only being able to work for a certain number of hours or a certain number of days. Due to this, computers can work almost indefinitely at a high performance of which human workers may struggle to achieve. That being the case, businesses that employ computers or machines over human workers can be more competitive in the marketplace and increase sales. JP Morgan utilised AI-powered software to go through 12,000 contracts in seconds, much faster than it would take a human, who require 360,000 hours to get through the same amount of contracts.

Furthermore, AI also allows computers to work with a kind of accuracy and precision potentially greater than any human possibly could. This can be particularly vital in medicine. Enlitic is a startup which shows this to be the case. The San Francisco-based company has managed to build a machine which examines images of x-rays and CT scans with the use of deep learning. By analysing masses of data, it can identify dangerous tumours within such images much more accurately than a human doctor. In a test against human radiologists, it, in fact, proved to be 50% more accurate with a false negative rate zero, compared to the 7% rate of the radiologists.

So, as well as very routine-based jobs being under threat by computerisation, AI is also causing significant shifts in more high-skilled work like medicine. Though, this is not just due to machines out-performing their human equivalents, the rise of AI is also having impacts in industries which have typically resisted the influence of technology. The legal profession is an example of this.

The recent advancements in AI allow computers to complete much more complex tasks in a much wider range of industries and professions unlike ever before. A range of different digital tools have emerged over the years taking over some of the tasks involved in legal work. E-discovery software, which is powered by AI, can go through heaps of legal materials for document review faster and more efficiently than a legal clerk or paralegal. Lex Machine supplies compilations of legal data, sourced from court cases and other legal materials, in a simplified and more easily digestible format (refer to the article titled ‘Lawyers, You Are Not Immune’ in the complimentary reading for more analysis on legal tech).

The disruption that could take place within the legal profession once again points to the cost-efficiency of AI. Legal fees have risen to a tremendous amount since the 1980s; in 2015, according to the Centre for Policy Studies, fees reached as high as £850 an hour. But with the emergence of AI-powered technologies, legal tech startups are able to provide much cheaper legal services in comparison to those offered by solicitors or other legal professionals.

With all that AI has to offer to the economy then, and the fact that its impact is much wider than previously thought, what chance do humans have in the workplace? Will technology eventually eradicate the need for human work altogether? It’s these kinds of questions which reveal the divide on what AI’s true impact on the future economy will be. In a paper by the Pew Research Centre, 65% of adults believe that computers will take over much of the work currently done by humans in the next 50 years. When asking experts on the subject, however, nearly half (48%) believe that “robots and digital agents will displace significant numbers” of high-skilled workers, whereas others (52%) disagree with this prediction. Those experts that disagree, though, do emphasise that while many jobs may indeed be taken over by robots or machines, such a movement may be compensated for by the creation of new jobs.

In the past, while improvements in technology have rendered some workers redundant, alternative work has managed to present itself. For example, the emergence of ATMs (automatic teller machines) provoked fears that the need for bank workers would become nugatory. Instead, ATMs helped to reduce costs for banks and consequently were able to open more branches in response to growing consumer demand which in turn required the recruitment of more staff. So, it is not necessarily the case that technology will eradicate jobs altogether. It could be the case that the introduction of new advanced technologies simply changes the nature of the work or even present alternative roles in the same industry.

With the rise of AI, there will certainly be a growing need for people with skills in coding the computer science. Additionally, these jobs could come with lucrative rewards; even engineers fresh out of university can earn around $120,000 a year. Lots of people in recent times have been recruited by the likes of Apple, Facebook and Alphabet to aid their respective AI projects, including self-driving cars and personal assistant apps. Thus, the alternative opportunities which may present themselves in the midst of AI’s rise could be plentiful and bountiful.

The flip-side to this, of course, is that becoming eligible for these roles may be difficult. The mass structural unemployment which could occur, if the impact of AI on the job market is potent enough, may be such that for those who lack the appropriate qualifications to transfer to computer-related work, alternative job opportunities may become hard to come by. This is especially so when such technology-related jobs are quite complex in nature.

Although, even this could be seen as just a short-term effect. Over time, it is plausible to suggest that once economies adjust to the impacts of AI on the job markets, people will equip themselves with the right skills and qualifications to take advantages of the new jobs which may come into being. The younger generation today may thus, be in a better position to identify and prepare, while still in education, for the changes that improvements in technology may bring to their future world of work.

Overall, attempting to predict AI’s true impact on the economy is a formidable task. Even so, to suggest that AI will eventually cause absolute unemployment, where nobody works at all, is an extreme allegation, to say the least. But even the more sensible predictions could be as equally probable since AI is an unprecedented technological phenomenon which may bring about unprecedented change. So, even relying on closely related historical precedents to provide the answer does not provide any great certainty. What can be said, however, is that AI will most likely eradicate some jobs, but not all jobs. This is what can be predicted for, at least, the foreseeable future, and any prediction beyond this will involve a great deal of speculation.

BACK |Bigger, Better and Faster

Why has artificially intelligence improved so much in recent years?