Google has been illegally suppressing its competition, according to the EU Commission 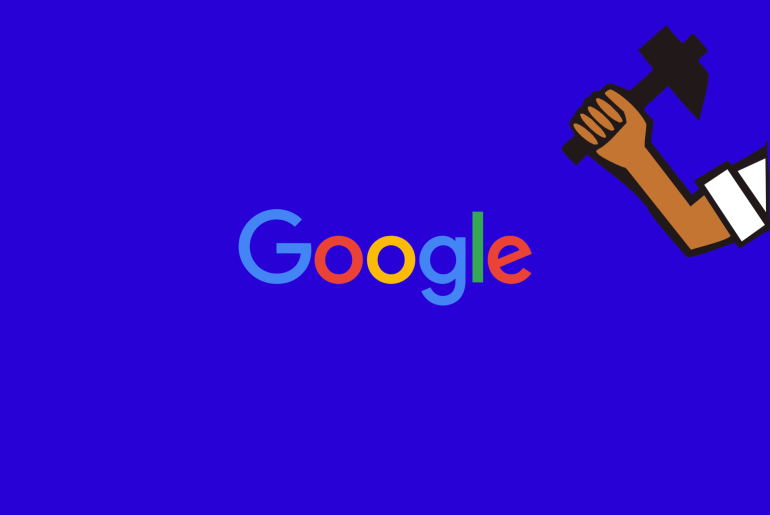 On 26th of June, the EU Commission issued Google with a €2.42 billion ($2.7 billion) fine for supposedly abusing its dominance in search. More specifically, Margrethe Vestager, the EU’s Competition Commissioner, said that Google’s practices, which apparently gives it an “illegal advantage to its own comparison shopping services,” are against antitrust rules and makes consumers in Europe worse off by denying them choice.

The fine was more than some experts were expecting, yet it seems a mere ‘slap on the wrist’ when considering Google’s $92 billion war chest (the value of all its cash, equivalents and short term investments in Q1 of 2017). However, failure to comply with the EU’s recommendations, which consist of changing the current algorithms in place for search results, could mean more fines. Also, this decision may very well set a precedent for further investigations involving Google and its dominance in search in areas such as images and travel.

The investigation conducted by the Commission, which had been going on since 2008, found that Google had “abused its dominant market position by putting its own shopping service at the top of search results.” Google’s great clout in internet search within the EEA (the European Economic Area) is clear; the tech giant claims over 90% of market share in most EEA countries and “has done so consistently since 2008.” But the Commission’s actual concern is about the way Google has set up its algorithms to undermine the competition, which it is able to do so thanks to its dominance of the market. Currently, Google shopping services appear first whenever users make product-related inquiries. The top ten results on the first page typically receive around 95% of all clicks, whereas the first results on page two receive just 1%. Those companies competing with Google’s shopping services normally only start to appear on page 4.

As a result, high barriers to entry are created, meaning competing comparison shopping services “are subject to Google’s generic search algorithms,” according to the Commission. Consumers thus see very little of them if at all. Competitors seem very much at the whim of Google and its algorithms. The effects are even worse on mobile platforms since a smaller screen shows fewer results on each page.

While market dominance is not in itself illegal, the Commission said that “dominant companies have a special responsibility not to abuse their powerful market position by restricting competition.” In this case, Google has abused its position by demoting its rivals and thus does not promote competition on the merits of the services. Consequently, Google has made “significant market share gains at the expense of rivals,” depriving consumers of real choice, of which are one of the supposed benefits of healthy competition.

The underlying legalities of the Commission’s decision derive from two sources. The first is Article 102 of the Treaty for the Functioning of the European Union, which “prohibits firms that hold a dominant position in a given market to abuse that position.” The second comes from Article 54 of the EEA Agreement, which states that “any abuse by one or more undertakings of a dominant position…shall be prohibited…in so far as it may affect trade between Contracting Parties.” Citing these laws, the Commission is ultimately claiming that Google and its search algorithms apply “dissimilar conditions to equivalent transactions with other trading parties, thereby placing them at a competitive advantage.”

The Commission’s case appears somewhat sound, but there are still loopholes which certainly grant Google a defence. To begin with, in a blog post by Kent Walker, Google’s General Counsel, data “shows that people usually prefer links that take them directly to the products they want.” Consumers want to be able to find the products they want quickly and easily which cannot be achieved if they search for products on Google only to be taken to another shopping comparison site where they have to repeat their search query. Second, in the same blog post, it was pointed out that Google does in reality face fierce competition from the likes of Amazon and eBay. The Commission’s investigation seems to miss out the immense growth of these companies that provide some explanation as to why other comparison sites have struggled. Even Google admits that Amazon “has become the first port of call for product searches,” making it a “formidable competitor.”

Perhaps as equally as important, another missing part of the Commission’s analysis is substantial evidence that Google’s actions have actually been to the detriment of the consumer. Berin Szóka, President of TechFreedom, argues that antitrust law is very much about showing that consumers have actually been harmed. Here, this harm seems to be more theoretical than proven. Google does not blatantly place competitors down the list to intentionally abuse its market power. Its rivals are not found in the top results because of “an unbiased search algorithm” which shows that it is those sites which customers are not actually looking for.

Moreover, the way in which the Commission came to its eventual figure for the fine is far from straightforward. The fine is based on “30% of the company’s annual sales to which the infringement relates,” which would be Google’s revenue in the EEA countries involved in the matter multiplied by the number of years that the infringement had taken place for. Even so, the Commission has not made it all that clear how it came to the full figure, which is the largest the Commission has ever handed out.

The apparent lack of proper economic analysis combined with equivocal calculations may portray this move by the Commission as one fuelled by a certain Silicon Valley jealousy, particularly from Mrs Vestager. Since becoming the Commissioner for Competition, Mrs Vestager has taken an aggressive stance against the likes of Apple, Amazon and now Google. Some now even label her as a ‘dragon slayer’. Although, this aggression is not completely unnecessary; after all these companies are some of the richest and most dominant companies in the world and so must be held to account whenever they break or bend the rules. But it needs to be done so with proper justification. Otherwise, a dangerous precedent could be set, and Commission has warned that other similar pending investigations are yet to be concluded. This is by no means over yet.

The Agenda: Margrethe Vestager On Europe

The European Union levies a record fine of €2.4bn against Google

The European Commission decision on online shopping: the other side of the story

Why the EU Slapped Google Over Product Searches